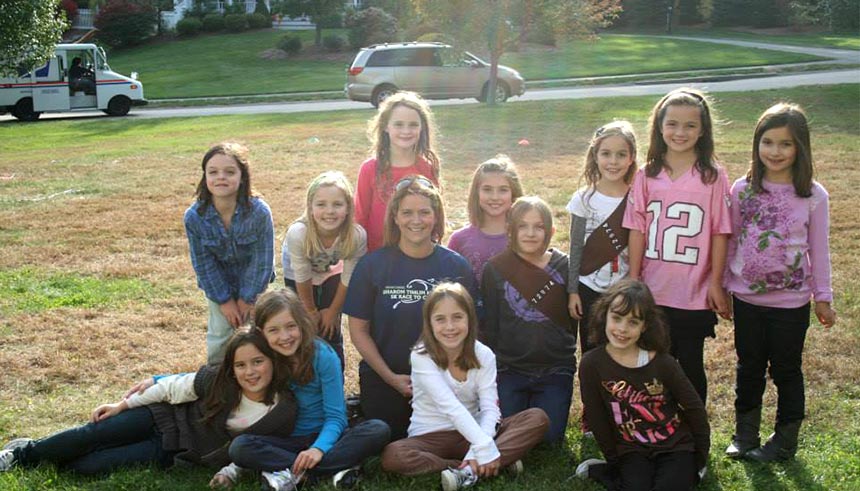 The Girl Power program is available for students in grades three to five in Northborough. Photo Credit:Erin Mahoney

NORTHBOROUGH, Mass. — Erin Mahoney founded Girl Power three years ago, a program designed to teach girls how to live healthy and to instill in them a sense of self confidence and empowerment. In other words, she said, "a lot of things that kids are lacking."

Mahoney, a personal trainer, covers many different topics in her classes, which meet one hour per week for six weeks. Healthy eating, fitness and proper sleep feature prominently in the discussions. But she also focuses on the girls’ self-esteem, teaching them that "you have the power to do anything."

"I try to encourage them to have the whole picture of what makes them the best person they can be," she said.

When she founded Girl Power, Mahoney said she wanted to focus on girls because many activities—like youth basketball and karate—either officially or unofficially catered to boys. "It is gender-specific,” Mahoney said of her program. "But it’s also really necessary."

Raised by a single mother in Milford and Attleboro, Mahoney later served in the Air Force for eight years, referring to herself as an "underdog." She said she would have benefited from a program like Girl Power when she was growing up.

"There were times in my life when I worked really hard and I was told at the end that I was the prettiest one in the shortest skirt," Mahoney said. "And that’s not very nice. And that’s not true."

She tells young girls that they should "decide who you want to be, and then own it."

In one example, Mahoney talked about a girl in Hopkinton who was teased on the bus for wearing athletic clothes; the other kids called her a tomboy. The girl was upset by this, but her local Girl Power group came up with a solution.