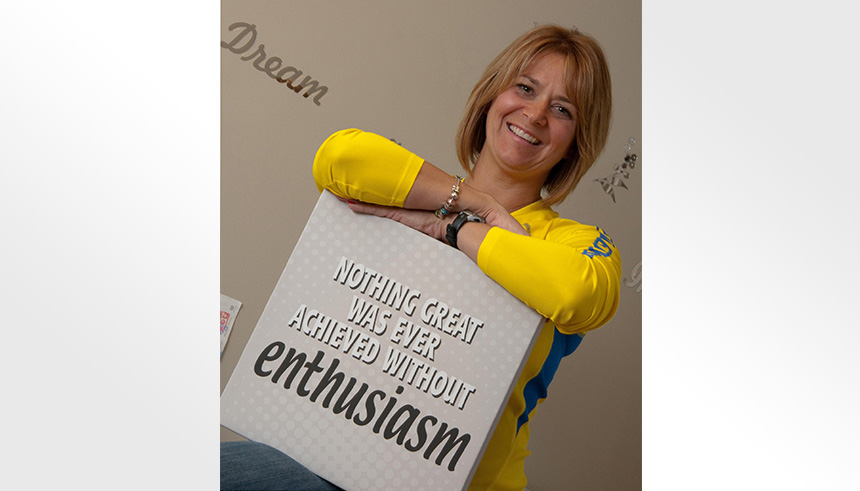 Combining her experience from eight years in the Air Force and a second career as a personal trainer, Erin Mahoney is looking to take the lessons of healthy body image and good lifestyle choices to girls all over the Milford area.

Mahoney, a Milford resident, has started Girl Power, an advocacy course that calls girls ages 8 to 14 to "be strong, be smart, be amazing" as they work through the challenges that come in a body-conscious society.

The eight-week course is offered at three schools in Hopkinton, with hopes to expand the program to Hopedale and beyond.

Mahoney began her journey as an advocate for young women after she joined the military when she was 17 years old.

"I went right out of high school," she said. "It was the right choice for me. My mom actually had to sign for me (to enter at 17)."

Mahoney, who became a medic, finished her time in 1995 and found herself at a crossroads in her career.

"I had always loved fitness for myself, but I went through a time when I gained some weight and went into personal training," she said. "Then I met other people who needed to improve their health, and my military training helped me work with people with more health challenges. That's when a light bulb went off for me. I could help people get out of their comfort zone."

The idea, combined with the example of her mother, who raised her and her sister as a single mom, led to Girl Power.

"I think a lot of Girl Power comes from the military gender ratio - from that comes strong women," she said. "But I was also raised by a single mother with one sister, and she taught us you can do anything you want to do. You are powerful."

Girl Power, which was offered last winter and spring at Hopkins School and Elmwood Elementary School, this year includes Hopkinton Middle School for the first time. Before the after-school programs, Mahoney would often speak at different schools and Girl Scout troops.

After three years of developing Girl Power's objectives and curriculum, Mahoney was excited to see her program come together.

Mahoney's niece, who was once teased at school and called a tomboy, helped guide her way of thinking when she outlined Girl Power's objectives, she said.

"I actually got her a T-shirt that said 'I'm not a tomboy, I'm an athlete," she said. "It's hard for kids to be judged. I hurt personally for them - I was hurt for my niece."

Elmwood Elementary Principal Ilene Silver said she was glad to have Mahoney's after-school enrichment class on campus for the past year.

"It was a very popular program. The girls who participated in it really liked it, and their parents thought they got a lot of it," she said.

The program was popular enough to get Mahoney nominated as a Hopkinton hero by one of the girls in her class, Silver said.

For Mahoney, the real prize is seeing the difference that positive body reinforcement can make in young girls' lives, and teaching them to never give up on their goals.

Registration for Mahoney's class is open for students in the Hopkinton area. For more information on Girl Power, visit pathwaysfitness.com.